London Bridge has undergone a total transformation to become a station fit for the 21st century. 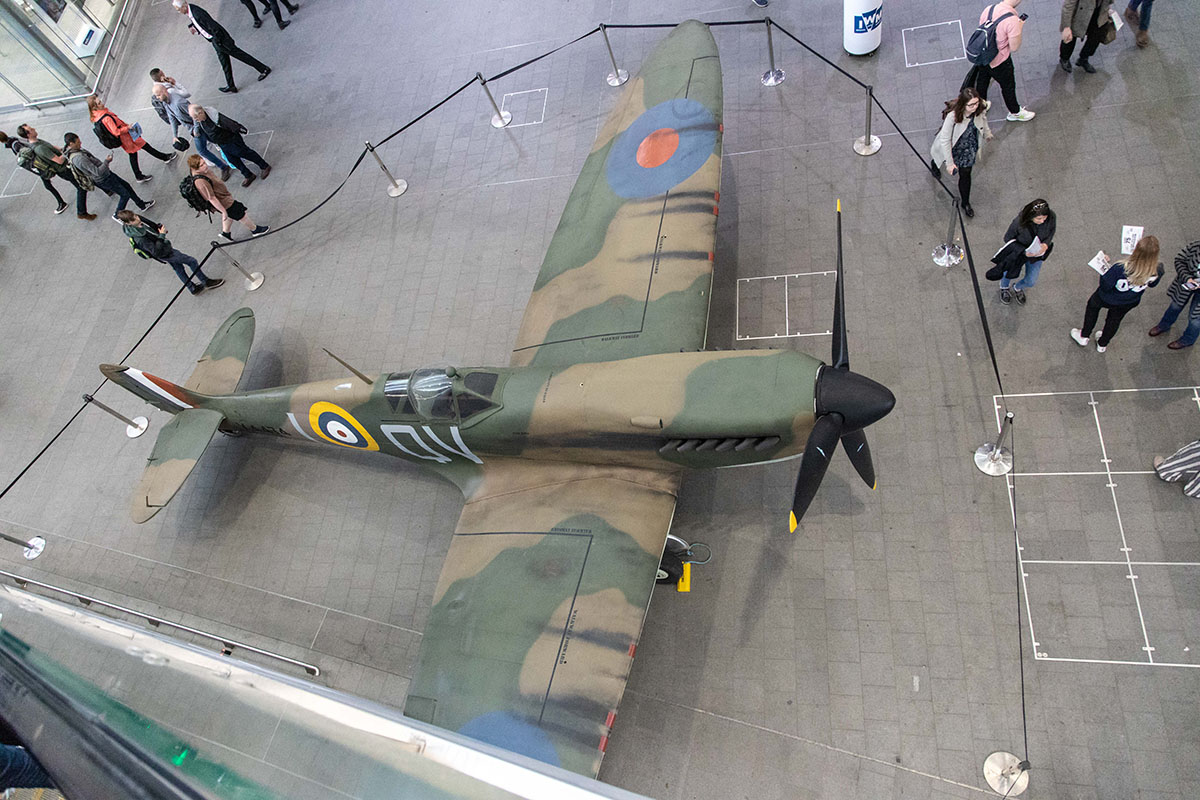 Spitfire on display in London Bridge Train Station as part of Imperial War Museums activity to commemorate the D-Day landings.

The new London Bridge station was designed with more space and easier connections to other rail services and the underground, to handle the expected passenger growth into the future.

The new spacious street-level concourse enables passengers to access all the platforms from one place, new entrances and exits provide better routes to and from the station.

London Bridge Station a Central London railway terminus and connected to London underground station in Southwark, South-East London, and occupies a large area on three levels immediately south-east of London Bridge, from which the station takes its name.

The Station serves destinations including Bedford, Brighton, Kent and East Sussex. It is the terminus for commuter and regional services to South London and numerous destinations in South East England.

Type of activity that takes place on site:

Type of activity who have recently been on site:

Contact SpaceandPeople if you would like to know more about promotional space opportunities in London Bridge Station, for promotions, exhibitions, PR stunts and product launches.

You can find out more about which cookies we are using or switch them off in settings.

This website uses cookies so that we can provide you with the best user experience possible. Cookie information is stored in your browser and performs functions such as recognising you when you return to our website and helping our team to understand which sections of the website you find most interesting and useful.

Strictly Necessary Cookie should be enabled at all times so that we can save your preferences for cookie settings.

If you disable this cookie, we will not be able to save your preferences. This means that every time you visit this website you will need to enable or disable cookies again.