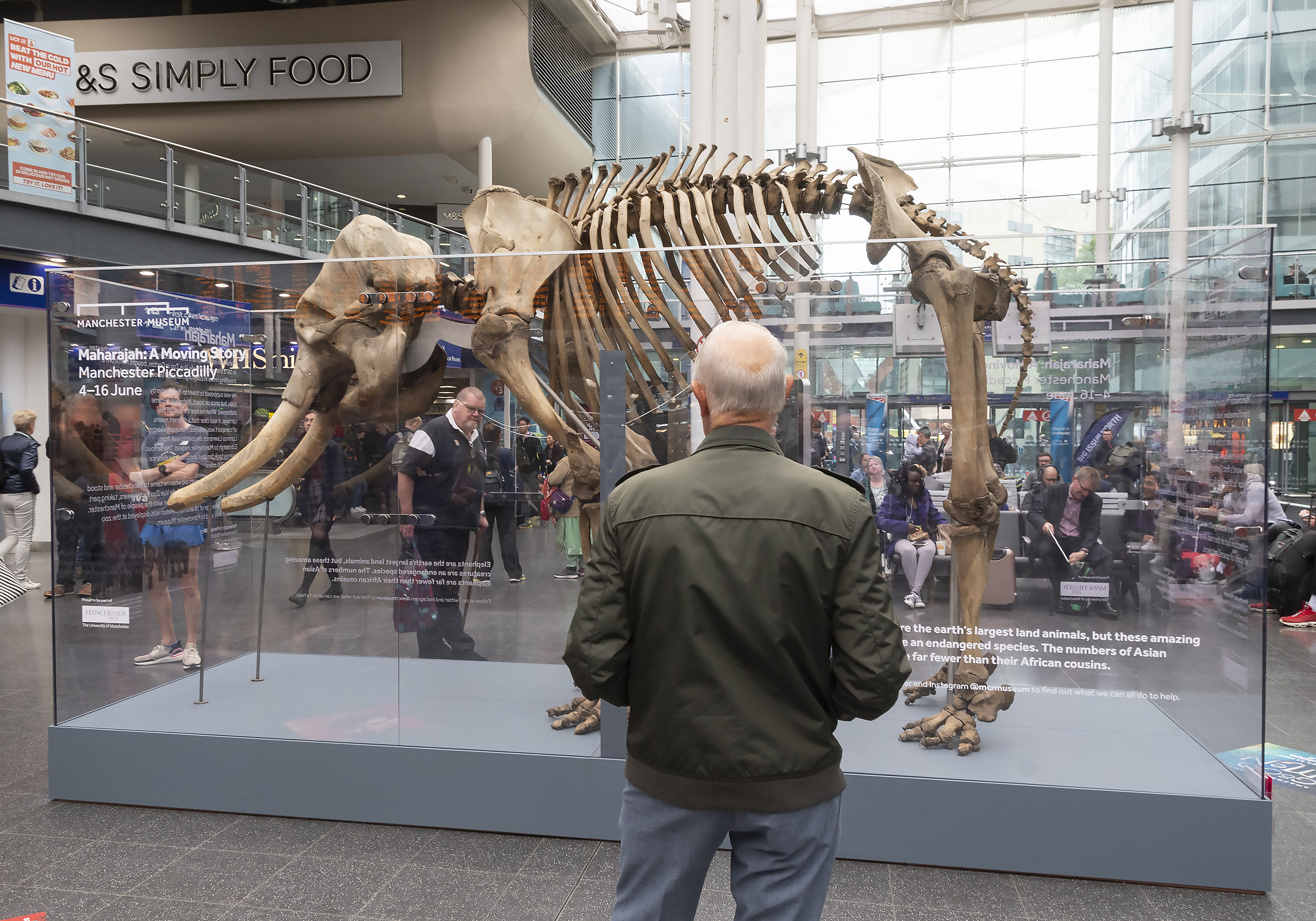 The History of Maharajah

Maharajah is Manchester’s most famous elephant, who was bought by Belle Vue Zoo in 1872 from a travelling circus in Edinburgh Zoo for £680, which would be around £76,000 today.

The Elephant lived in Belle Vue Zoo in Manchester for 10 years before he died, thereafter his skeleton was sold to Manchester Museum. Maharajah was supposed to travel to Manchester by train, however, became very distressed and bored and ended up tearing the roof off the carriage.

The elephant who was two meters tall, had to then walk to Manchester from Edinburgh by road with his keeper Lorenzo Lawrence, a journey which is over 200 miles and took them 10 days. 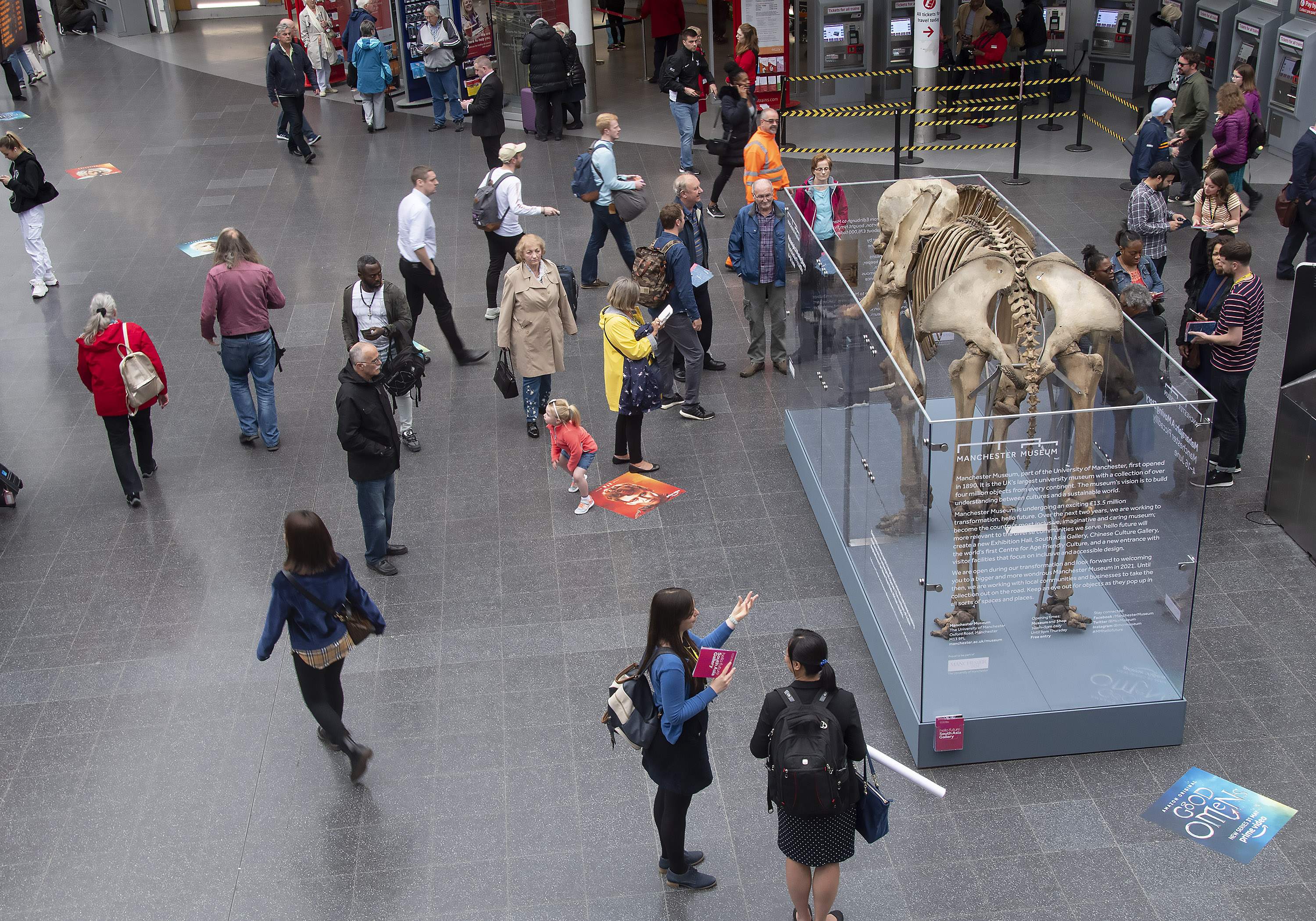 Maharajah has been a much-loved part of Manchester Museum for many years. His usual spot is however currently being refurbished as part of the hello future project. Costing £13 million, the project is being funded by the National Lottery to transform and develop the museum.

The museum will reopen in 2021 with various new exhibition halls. Maharajah been chosen to be a big part of the South Asia Gallery.

The elephant was built overnight in the station by the Museum’s workshop team. Manchester Piccadilly has been the perfect spot for the Museum to showcase Maharajah and increase engagement with a wider audience. Commuters, residents and visitors of Manchester can see the display from the 3rd to the 16th of June. 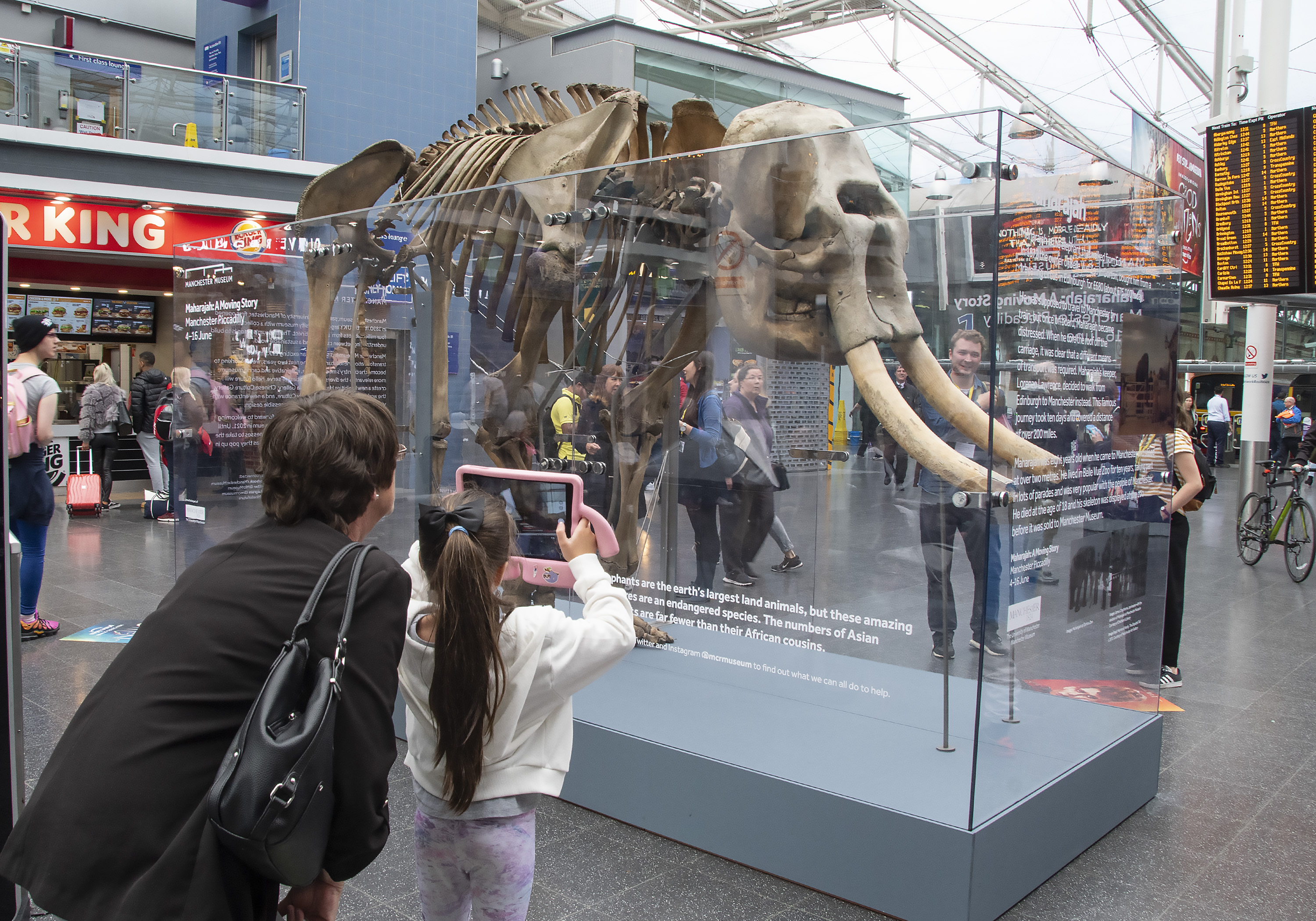 If you come across Maharajah, why not take a picture and post to your social media page using the hashtag #MMhellofuture.